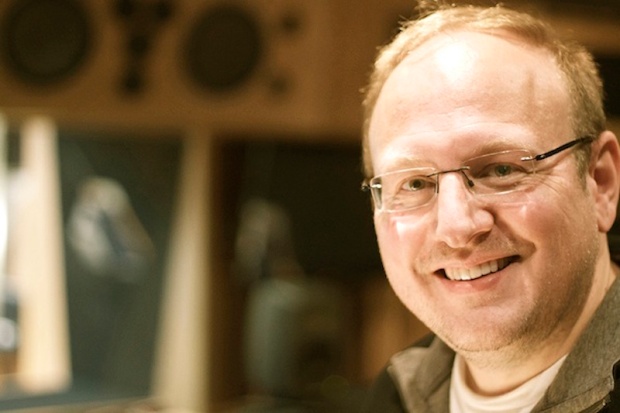 World-renowned modern and classical composer, Kerry Muzzey, wrote the musical score for “The Seer: A Portrait of Wendell Berry”, a documentary directed by Laura Dunn and executive produced by Oscar winner Robert Redford and Oscar nominee Terrence Malick. “The Seer” held its world premiere on Mar. 12, 2016 at SXSW in Austin, Texas. Composer Kerry Muzzey and the crew of “The Seer” hit the red carpet several times to promote their newly released, award-winning documentary. The SXSW Music, Film and Interactive Conferences and Festivals is celebrating its 30th year. And this year “The Seer” was awarded the ‘Special Jury Recognition for Cinematography’ for SXSW 2016.

Music is a key element within the world of cinema and Kerry Muzzey knows how to set the scene, musically, with his innate gifts of sound and music. The score for “The Seer” is absolutely lovely and befitting to the story without dominating or overpowering the documentary. On Mar. 15, 2016, Kerry Muzzey consented to a phone interview with Austin Examiner, Nicolette Mallow, to talk more about creating the score of “The Seer” and his musical background that lead him to Hollywood and SXSW.

A little more about the synopsis of the film in preface to the interview: “The story of ‘The Seer’ revolves around the divergent stories of several residents of Henry County, Kentucky who each face difficult choices that will dramatically reshape their relationship with the land and their community… Henry County, Kentucky, like many rural landscapes across America, has become a place of quiet ideological struggle. In the span of a generation, virtues of simplicity, land stewardship, local economies and rootedness to place have been supplanted by a capital-intensive model of industrial agriculture characterized by machine labor, chemical fertilizers, soil erosion and debt—all of which have frayed the fabric of communities. Writing from a long wooden desk beneath a forty-paned window, Wendell Berry has watched this struggle unfold, becoming one the most passionate and eloquent voices in defense of agrarian life… Filmed across four seasons in the farming cycle, ‘The Seer’ blends observational scenes of farming life, interviews with farmers and community members with evocative, carefully framed shots of the surrounding landscape. Thus, in the spirit of Berry’s agrarian philosophy, Henry County itself will emerge as a character in the film – a place and a landscape that is deeply interdependent with the people that inhabit it.”

Nicolette Mallow: When did you begin playing music? Would you mind telling me a little bit about your artistic background?

Kerry Muzzey: When I was 10 years old I started learning on classical organ. By the age of 11, I began writing music. But really it goes back even further than that because when I was 6 or 7 years old, I recall going to see “Star Wars”. Sitting there in the theater as a kid, when the film started rolling and the music came out of the speakers: it gave me goose bumps. I’ll never forget the feeling, even now. The music blew me away and all I could think about the rest of the day was “Star Wars” and its musical score. I have extreme reverence for John Williams. And I believe many composers can say that John Williams’ music was and is a true inspiration. Right after that movie I went out and bought the soundtrack on vinyl and listened to it on those giant headphones from the 1970’s. The music sounded like classical but it was more specific and inspiring. It was very intense and evocative for a child because it was focused and in conjunction with the picture… As a child I wanted to be a composer, a spy and an airline pilot. I dreamt of becoming many professions just like any little kid would. Yet I always kept coming back to music. My mother raised me entirely on classical and she told me that when I was in her womb: she played classical music for me and held the headphones next to her belly for 30 minutes a day for nine months.

NM: It seems as if you were destined to be a composer.

KM: Yes, and even though I started writing at the age of 11. It wasn’t until I turned 16 that my mother’s friend moved away and gave us their piano. I remember getting that piano and my family could not pull me away from it… Just the sound of a piano allured me. Complex piano compositions resonated with me so deeply even then. Because when you are playing a physical instrument: you can feel the hammers and strings inside its giant wooden case. It resonates in your heart and your hands. You can literally feel the sound as you’re playing music. It’s very powerful. That is around the time I began writing solo piano stuff. Playing the orchestra I heard inside my head. At the time, technology for music was not yet available to create an orchestra inside of a computer. So, it was a little different back then.

NM: I listened to the score you composed for “The Seer” in its entirety, twice. You wrote such beautiful music that compelled my mind to travel through time and feel nostalgic. The song “Daughter” struck a chord with me, in a good way… Was the music meant to be evocative? What is the biggest difference between writing music for a narrative feature versus writing a score for a documentary film?

KM: That is an awesome question. Writing music for a documentary was a challenge that took me quite a few tries to overcome. A narrative film is a completely different process than composing music for a documentary. Writing music for a documentary has to be subtle. The music cannot overpower the picture and it has to stay out of the way of the picture. The score cannot be traditional. For instance, a narrative feature film has a soundtrack of very specifically engineered music. It is written to make the audience feel something at that moment, so when the hero saves the world or the couple finally gets their big kiss: you expect the soaring strings. When making music for a documentary, if you’re too on the nose, or if you’re trying to punch it up too much, it can become a distraction. The audience that attends documentaries and is loyal to documentaries is also a highly intelligent crew. And you cannot use music to try and manipulate the audience into feeling a certain way. The music is simply there to beautify and assist the story as it unfolds in its own natural state.

NM: If you had to pick one song from the soundtrack of “The Seer”, which track encapsulates the spirit of the film? I’m curious to know which song is the beating heart of your composition.

KM: Yes, I can pick one. I believe it’s the sixth track and it’s a song called “Forty Panes”. It’s also the Director’s favorite (Laura Dunn). It’s a song about Wendell Barry and it has piano and cellos in the melody. It was magical to write and it kind of came out of nowhere. I was so in love with it that I actually got my cellist to record it before I even played it for Laura. Which is kind of dangerous because I am paying the cellist for his time. But I loved this cue so much. The way it resonates with the picture and how it struck a perfect balance… It’s the crux of everything and it’s beautiful… I sent the piece out to the Director and I was stalking my email waiting for Laura’s response. Two hours passed by and I feared the worst. And then her email arrived with a response, “I keep watching it over and over—and I kept crying every time I felt the music—and I don’t know why.” Right then, I knew that I got it right… The Director of “The Seer” is not only a good person, but she’s extremely smart and talented. She’s amazing and cool and I wanted her to love the soundtrack. Talking to her the other day, we spoke of that piece in particular as it being the high point in the films soundtrack: simple and quiet, but against the picture it can’t be anything else but exactly that… This wasn’t my first project with Laura Dunn, either. About eight years ago, Laura made a film, “The Unforeseen” about over development in-and-around Austin. The core of it predicted the housing crash a year prior to the fact. At the time she had licensed a few pieces of mine to use. Years later we reconnected and in this case she wanted me to score the entire film. Obviously I said yes and it’s been an amazing project. Laura and her team are so great at what they do.

NM: Do you have any upcoming projects that we can look forward to?

KM: Yes, I do have future projects. Presently I cannot say much because it hasn’t been formally announced yet. What I can say is that I am writing a full-length ballet for a full orchestra. And it premieres in London next May of 2017. This job sort of came out of left field. It’s a very heavy lift for me, it’s a huge challenge, but I am so excited to work with this choreographer and their innovative team. I couldn’t say ‘yes’ fast enough.

For more information regarding Kerry Muzzey or the movie, “The Seer: A Portrait of Wendell Berry”: please visit www.kerrymuzzey.com or www.theseerfilm.com.

Note: This article was originally published on Examiner.com in March 2016.

‡ Nicolette Mallow is an Artist: writer, dancer, vocalist, thespian, and model. Writing is Mallow’s strongest artistic skill. Internationally published in the United States and Europe, Nicolette has obtained 110+ publications thus far. Mallow has interviewed an extensive list of talent and collaborated with companies and PR teams from Texas Monthly, National Geographic, Prevention Magazine, HBO Films, The Hollywood Reporter, SXSW, The David Lynch Foundation, Cine Las Americas, The University of Texas at Austin, and more. Presently her portfolio entails 12 national awards or scholarships, including both individual and group projects. Working with Press and Publicity teams from companies like Sunshine Sachs, Fons PR, Frank PR, and CW3PR — Mallow can liaise with publicists, entrepreneurs, and their brands. Since 2005, for 15 years, Nicolette Mallow has covered hundreds of press, corporate and red carpet events as a (dyslexic) writer. Mallow has interviewed talent far beyond her years, including Jimmy Chin, Greta Gerwig, Bob Roth, Dr. Travis Stork, Joan Lunden, Larysa DiDio, Lauren Handel Zander, James White, Jay Roach, Naomi Whittel, and Roc Chen. Once, she was a public speaker for a national business conference. Her career is diverse and transcends a vast array of industries, but the focus is always on the arts. Nicolette Mallow does enjoy all forms of writing, but her favorite writing genres to create entail editorial, arts & entertainment, literary journalism, travel, magical realism, nonfiction, technical and promotional publicity. Over time Nicolette has attained Press Credentials to events like Texas Film Awards (hosted by Austin Film Society), The Mexic-Arte Museum, Austin Film Festival, Euphoria Music Festival, and The Blanton Museum of Art. She also wrote for Savannah Magazine, a radio station operated by EMMIS Communications, District newspaper, and the Thinkery (formerly Austin Children’s Museum). In her spare time, Nicolette creates a magical realism novel and turns her nonfiction memoirs into short story novellas. Obtaining two degrees from the Savannah College of Art & Design (SCAD), she has a Master of Arts degree in Arts Administration (a graduate degree now recognized as Creative Business Leadership) and a B.F.A. in Writing and. Born and raised in Texas and NYC—Nicolette Mallow is also a world traveler that lives for art and loves to learn. “L’art Pour L’art.” View all posts by Nicolette Mallow